Jesus and Satan were having an ongoing argument about who was better on his computer.
They had been going at it for days, and God was tired of hearing all of the bickering.

Finally God said, "Cool it. I am going to set up a test that will run two
hours and I will judge who does the better job."

So Satan and Jesus sat down at the keyboards and typed away.
They moused. They did spreadsheets. They wrote reports. They sent faxes.
They sent e-mail. They sent out e-mail with attachments. They downloaded.
They did some genealogy reports. They made cards. They did every known job.
But ten minutes before their time was up, lightning suddenly flashed across the sky,
thunder rolled, the rain poured and, of course, the electricity went off.

Satan stared at his blank screen and screamed every curse word known
in the underworld. Jesus just sighed.

The electricity finally flickered back on, and each of them restarted their computers.
Satan started searching frantically, screaming "It's gone! It's all gone!
I lost everything when the power went out!" Meanwhile, Jesus quietly
started printing out all of his files from the past two hours.

Satan observed this and became irate. "Wait! He cheated! How did he do it?"

How many of you write stuff up, make presentations, or spreadsheets on the computer? Have you ever had a power outage, computer system failed on you or an update came about and asked you to restart your computer while you’re in the middle of whatever you’re working on? Did YOU remember to hit the SAVE button? I know I have been there, 3x actually, I've made a power point for Marine Bio class one time, had all the info and details, even cool backgrounds and animation/transition affects I had added in later. It was so close to being done then all of a sudden my screen went blank. All the computers that were on in the school library had went off. Some people saved and some didn't, i was one of them that didn't save…..dang it!

Most of it was lost. Didn't have any spares and it was due the next day, had to restart what I had lost in the next class. Thankfully it wasn't a major class to be fully focused on. I had got it done and saving like crazy in between!! The other time, I was doing up a slide show for Youth Explosion I was asked to do. One of those "the program you are using has to close" kind of messages showed up and asked to close it down/restart the program. Again I didn’t save!! Dang it!! Restarted it and saved like mad!!! The 3rd time I was photo shopping a bunch of pictures for BCCHardware and either I had to restart my laptop for updates or the battery died in the middle of working, and yup I forgot to save my work. Had to redo it all again, so yea I save often from now on!

This example and story is telling us we need to save like mad!! Not only asking Jesus to save us but we need to witness to others and save them too. I’m not saying to beat everyone over the head with a bible, but to let people know that there is a way to Heaven and it’s just that simple.

9 If you confess with your mouth that Jesus is Lord and believe in your heart that God raised him from the dead, you will be saved. 10 For it is by believing in your heart that you are made right with God, and it is by confessing with your mouth that you are saved. 11 As the Scriptures tell us, “Anyone who trusts in him will never be disgraced.”[e] 12 Jew and Gentile[f] are the same in this respect. They have the same Lord, who gives generously to all who call on him. 13 For “Everyone who calls on the name of the Lord will be saved.”

I dose take some courage to say something to someone. Sometimes God will give you opportunities to try and plant that seed so they can ask more questions if they’re still interested. Anyone that is serious can be saved, and I say serious because it’s all or nothing. There’s no halfway. When saving a document on the computer it saves all of what is there. Jesus saves all 5, 6, 7 etc. feet of us more or less and forgiving us whenever we ask and believe it too. When you and or someone gets saved it's an amazing feeling and excitment of joy because it's one more thats added to the kingdom of God and saved from Hell! 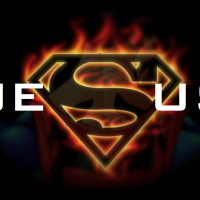 One thought on “Jesus Saves”