It's been another long moment in time that I put something on here. I know I probably say this often, but it's true! and we all deserve the truth be told to us. God is always true, His word always tells it like it is with no wishy-washy, lukewarm feelings about any subject that He talks and shows us about. We should take a lesson and do the same when we walk, talk with God as we walk, talk and act with people. Which brings me to what I want to talk about today, in the world we live in, not that it's any different back then it's just getting more worse and open-minded about a lot of topics we may face with.

I was looking through youtube and stumbled across a video that talked about Abomination! I was intrigued as to what it covers. I thought there was maybe a small number that I've heard of which we will cover in a moment, but there are in fact 7 things that God hates. Now your wondering well, isn't God a God of love? I've learned that all my life, what are you talking about? God doesn't hate! True God is a God of love

, but He hates what we do that is wrong which is called SIN

. God is our parent, and like parents are to children we are shown right and wrong. God gives everyone a conscience to know what is wrong and right in this world. He gave us the Bible when we read it and find Jesus it opens our minds to more and to what God is saying to do the right thing, as Russel Peters quotes as well!

In regards to doing the right things that please God, here is what the term Abomination means!

A lot of those things that we will talk about are things that are sinful to God. Now, this just dawned on me while writing this. Take the word abomination. If you break it down A-bom-in-nation, what comes to mind? if you're like me and tend to learn visually I picture a bomb going off, what does a bomb do? it's explosive, dangerous, destructive to the surrounding area and more, also harmful!

In the old testament it was more law-based I guess you could say until the new testament there's grace through Jesus Christ to help us ask for forgiveness without dying instantly when we are found out of our sins.

Deut. 27:15 – 15 “Cursed is anyone who makes an idol—a thing detestable to the Lord, the work of skilled hands—and sets it up in secret.”

Then all the people shall say, “Amen!”

Putting something before God, whether it's people or materialistic things that are "more important" than God to worship. We are to love and show love as Jesus does for people for sure, but be careful what order you're putting things in and being obsessed with in walk with God.

Deut. 18:9-13  9 When you enter the land the Lord your God is giving you, do not learn to imitate the detestable ways of the nations there. 10 Let no one be found among you who sacrifices their son or daughter in the fire, who practices divination or sorcery, interprets omens, engages in witchcraft,11 or casts spells, or who is a medium or spiritist or who consults the dead. 12 Anyone who does these things is detestable to the Lord; because of these same detestable practices the Lord your God will drive out those nations before you. 13 You must be blameless before the Lord your God.

Believe it or not, there are people out there that do that, maybe in secret, but it's still sin-murdering an innocent life. Abortions would definitely fall under this too. You may not think it much, but it's still a human forming that God gave life to. The world pushes this idea on people to make them doubt what is considered life. Now if a woman was raped and got pregnant, well that's a tough one. To think about it, it would be an unwanted gesture that the women were trying to refrain from and I believe God would probably understand of the choice that the women makes, which is between her and God.

Now the bible does say something about God sacrificing Abraham's son-but that is a completely different situation and topic all around based on trusting God. Of course God would never allow that as Abraham did not do it when God said no after!

People seeing psychics and medians, healers, stores selling things like ouji boards and terret cards to predict the future or talk to the dead and such, those are all types of things that open a world to Satan and his demons. Things about witchcraft such as Harry Potter and other things that open up bad things that can have a negative effect. Yes I know it's just Hollywood with special effects, but it's not a kidding matter. My aunty was seeing these healers and such that you pay money to and she started seeing things like demons. So it's real, it's not a good place for a person to be. 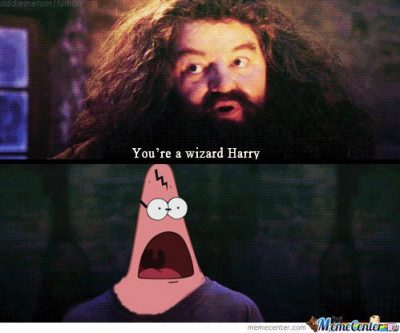 Proverbs 6:16-19  describes it best that having a corrupt and immoral mindset is not ok. Again you don't really think of it, but it's in the bible what God hates us doing and sadly enough a lot of us sometimes fall under this category quite often more than we realize.

16 There are six things the Lord hates,
seven that are detestable to him:
17         haughty eyes,
a lying tongue,
hands that shed innocent blood,
18         a heart that devises wicked schemes,
feet that are quick to rush into evil,
19         a false witness who pours out lies
and a person who stirs up conflict in the community.

6) Sexual Sins that is not of God

These topics could get a bit awkward or uncomfortable. Number 6 is a no brainer that talks about in Leviticus but there are people out there that do that. God says no, that's not right. Even bestiality is so wrong and makes you want to throw up as the bible says. Doing sexual things with animals is wrong. Just involving yourself in a situation that isn't approved by God is not a good road to go down.

In the past transgender relationships and practices have been kept quiet and very frowned upon to expose that in public. Today it seems ok and acceptable to dress like, act like, and choose to be involved in a same-sex marriage. This definitely not ok! It's sad today that people are open to doing this. I'm not a huge dressy person, I'm not big into wearing dresses. I will once in a while-I'm a bit of a tom-boy, but I do wear pants and tops that are made for females because God made me a female with female motives, not a feminist, but with common sense and I have no desire to be attracted to females what so ever.

Last but not least Diet! apparently, diet was something that God was precise on as well that could be an abomination if we had eaten certain foods that were unclean and not ok to eat such as pigs, seafood like lobster, and a bunch more that Leviticus tells us. God did not want His people to eat these foods mostly because of health and the lack of knowledge of preparation too.

So these 7 things that God calls an Abomination sounds like a bunch of rules do's and don'ts probably your thinking, Look at it as God trying to show us what he wants best for you and me in order to live properly how God intended.

God still hates the same abominations that happen in the New Testament that we took a look at in the Old Testament. Those things seem to be still happening today. The only thing that isn't carried in the NT is Diet. Diet has changed because the food we eat today has been cleaned such as pigs and others that used to be unclean! I am so thankful God decided to make it ok to eat pork and other foods because man I'd be missing out on some bacon! and I love my bacon! So good! still, have to eat everything in moderation too! God does want us to take care of ourselves for health reasons! We have more knowledge and wisdom on how to cook and prep. all sorts of food these days. 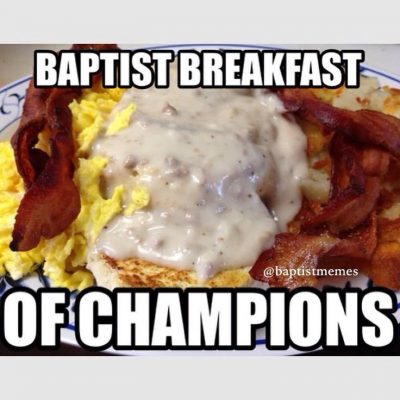 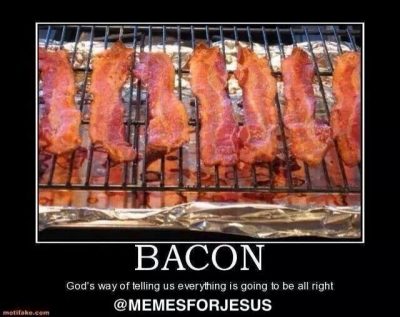 9 About noon the following day as they were on their journey and approaching the city, Peter went up on the roof to pray. 10 He became hungry and wanted something to eat, and while the meal was being prepared, he fell into a trance. 11 He saw heaven opened and something like a large sheet being let down to earth by its four corners. 12 It contained all kinds of four-footed animals, as well as reptiles and birds.13 Then a voice told him, “Get up, Peter. Kill and eat.”

14 “Surely not, Lord!” Peter replied. “I have never eaten anything impure or unclean.”

15 The voice spoke to him a second time, “Do not call anything impure that God has made clean.”

Mark 7:14-19  14 Again Jesus called the crowd to him and said, “Listen to me, everyone, and understand this. 15 Nothing outside a person can defile them by going into them. Rather, it is what comes out of a person that defiles them.” [16] [f]

17 After he had left the crowd and entered the house, his disciples asked him about this parable. 18 “Are you so dull?” he asked. “Don’t you see that nothing that enters a person from the outside can defile them?19 For it doesn’t go into their heart but into their stomach, and then out of the body.” (In saying this, Jesus declared all foods clean.)

All in all, are we perfect at keeping everything? no, we are human and are in a fallen world. If we can do our best to love and give grace to others and forgive as Christ does. That's where God sent Jesus for us to give us grace for when we fail our Father in heaven we can ask for His forgiveness instead of being stoned to death like it had happened in the OT if you were found out. God will have His wrath as it says in Revelation when the Lord calls us home to set things straight for those that turned their back on Him. In the meantime do your best to obey God. Be saved by grace, turn from your sins and wicked ways as Jesus has so much more for you. Jesus is the ultimate sacrifice who gave Himself up for you to be forgiven of your sin!

If you have reached the end of this long devotional thought Koddos to you and awesome job!! it is quite a lot of reading, even for me to write this out! Thank you so much for taking the time to stick through! if you have learned something new or just a cool thought or even have an issue with what I said please feel free to leave a comment and I'd be glad to respond!!

Here's the video I was watching to feel some motivation to blog it! I know I could have just posted a video to save all the reading, Lol,

but how do you learn if you don't write it out yourself? plus not everyone could do youtube as well maybe!

2 thoughts on “7 Things That God Hates”